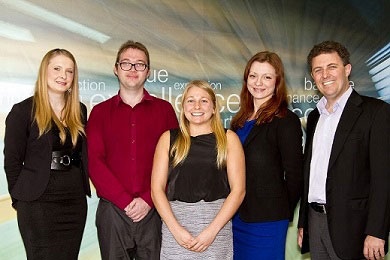 “The most successful Automotive Software Team in Australia”

Autosoft is a team of committed, successful, intelligent professionals who make improvement in all areas of their self and the Autosoft business. The team is committed to the Autosoft Team Values and conduct themselves accordingly.

Our clients are committed to improvement in their own business which can be enhanced by using Autosoft products. We like to think of our clients as business partners who, through their own growth, are helping Autosoft grow – a win/win situation.

When John opened his store, he purchased some software to run his business. After a short period, the software developer left, however, he also left the computer source code and development software on John’s computer. John quickly went through a process of self learning to become a programmer and massaged the system into a workable package which streamlined his business.

It was unusual at that time to see a store as small as Johns running a computer, which quickly created some hype around what he was doing. This then turned into colleagues asking to use the software too, this was the beginnings of Autosoft. This interest from colleagues turned into a full time occupation, and John sold his parts business and officially started Autosoft.

By the mid 80’s John decided to move his family away from Wollongong to a more idyllic hometown. He planned to take a year off, travel around Australia and eventually find a place to live. Meanwhile, he wanted to ensure that his band of loyal Autosoft clients were cared for, however, did not want the responsibility while he was away. John contacted his good friend Ron and arrangements were made for Ron to take over.

Ron set-up an office in his home in Bilgola in an area beside the pool table in the back room of his house. He also endeavoured to find a new programmer now that John was not going to continue programming. This is where Bruce became involved and worked as a programmer for Autosoft for around two years.

After a period of time, the arrangement with Bruce was not working out which led to James becoming a partner with Ron to forge a future for Autosoft. The vision at the time was to get a dealership package operating. Firstly, it started with an updated Parts & Workshop program. Also, Autosoft moved into new premises in Apollo Street in Warriewood. An industrial unit was taken and turned into a professional looking office. Autosoft would remain at this location for over 17 years.

Meantime, Autosoft went from a DOS system to a Windows based system, much before many of its competitors would. A dealership system was created along with systems for Service Stations, Dismantlers, Engine Reconditioners& its staple part &/or workshop outlets.

Over this period Autosoft had a myriad of clients in all sorts of sectors of the Automotive industry. These clients were built on a foundation of providing great software, professional & personalised support and an attitude of always going the extra step for clients. James & Ron new most of the clients personally, and would offer face to face, hands on training and support, which saw us travel all over the country and visiting almost every town in New South Wales.

In December 2006 Ron retired and James took on the company in its entirety. This was the impetus for obtaining the services of a Business Coach in Craig Brewster who helped with the transition from a small family business, into a sophisticated, systemised, professional organisation with a vision of “the best business software in the world”.

In the period from 2006 to 2009 Autosoft grew to a 10 person organisation, and in October 2009 moved to a brand new million dollar office facility on Daydream Street in Warriewood. This office has been created with a corporate area housing a board room, meeting room and reception, along with an ambient Café where team members can relax, unwind, dream, think, & build. The office can accommodate up to 25 people, an indication of the future vision of expansion.

With sites all over Australia and numerous scattered around the world, including Fiji, Papua New Guinea, USA, Solomon Islands and others, we see a vision for expansion not only in Australia but into the Australasian and other markets.

See how Autosoft Software can help your business"

What some of our satisfied customers have to say...

"Autosoft carries out all our tasks effectively and efficiently." 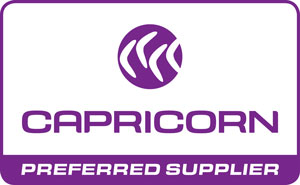